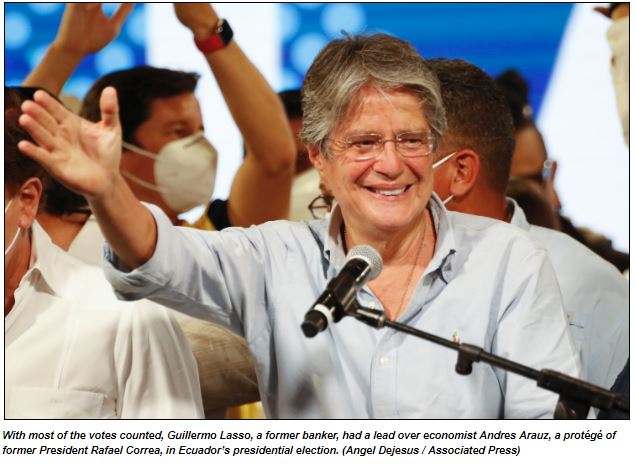 BREAKING NEWS: The conservative candidate wins the victory with 52.5% of the votes, by 47.5% of Arauz, close to former president Rafael Correa. 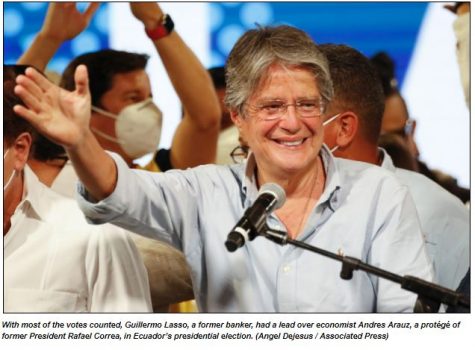 Guillermo Lasso has destroyed all the forecasts of the polls in Ecuador. When all gave a head-to-head final against the “correísta” Andrés Arauz, the conservative leader had won the second electoral round by five points. With 98.4% of the ballot boxes scrutinized, Lasso got 52.5% of the votes, against 47.5% for Arauz, the man chosen by Rafael Correa to lead the return of his “citizen’s revolution” to the Andean country. The result has been a severe blow to the former president, who has followed the campaign from Belgium, the native country of his wife, and where he resides permanently after being convicted of bribery. Correa had bet everything on Arauz, but without success. Lasso’s triumph has also had a huge regional impact because it slows the turn to the left that South America had started with Alberto Fernández in Argentina and Luis Arce in Bolivia.

The president-elect has given a speech full of religious connotations, calls for reconciliation, and clear limits to the increasingly powerful claim of feminist groups. During the President-elect’s speech, it became clear that he will lead by putting God and faith first: “I thank God for all the blessings that he has given me during my life”; “I ask God to give us patience and certainty to achieve the happiness of Ecuadorians”; “May God bless Ecuador.” Lasso also made it clear that there will be no abortion under any circumstances in Ecuador. “I speak to young pregnant women. With my wife, we will protect them so that they continue in their schools so that they can continue in university, ”he said.

In conclusion, despite Rafael Correa’s very structured and aggressive campaign, this Sunday’s election turned out in favor of Lasso the correísmo-anticorreísmo.The president-elect, with the rights that victory gives, opted for a less confrontational tone from the stage but toyed with the authoritarian style of his political rival. Without mentioning Correa, he called on Ecuadorians not to be afraid to “disagree with the president.” “Let them express their opinions freely,” he said, and immediately reached out a hand to the opposition. “I did not enter politics either to enrich myself or to persecute anyone,” he said, in a clear reference to Correa’s jail sentence.